After another night where the minimum temperature was 22 deg. C the day has heated up again and I’ve come in from watering the garden to a nice cool room. I can’t imagine how I’d cope now without air conditioning but I grew up without it. Most of my childhood was spent living in a brick house built around 1900, it had very high ceilings and in summer it took a while to heat up but it took an equal amount of time to cool down. On hot nights we often slept outside on the lawn, I don’t remember being attacked by mosquitoes but I do remember the stars. I’d feel vulnerable doing that these days.

During summer days we’d often play under the sprinkler, we had a long bar one on a stand and sometimes we’d just lie under it. We also spent a lot of time at the beach. Sunburn was an issue!

I don’t remember us having any fans at all.

Dad lived in the house until he was 98 and even after my brother installed an evaporative cooler in the lounge room window Dad was reluctant to use it preferring instead to lie on his bed with a fan blowing over him.

No school I attended ever had any air conditioning. Cars didn’t have any either so the only option was opening a window which didn’t help much when the outside air was stifling.

Air conditioning units now usually offer the option to heat but instead of that we had an open fire. Because the old fires burnt so much wood we only had a fire in the lounge room, the door was kept shut to keep the warmth in and the rest of the house was cold! Before we had air conditioning in our current house we relied on a slow combustion fire in winter and ceiling fans in summer.

I can’t remember when I bought my first car with air conditioning but I certainly remember the 4 hours of driving my old Morris Oxford from my parents’ home to the country town where I worked. In winter that meant setting out wrapped in a blanket with a hot water bottle in my lap!

We’ve fitted roller shutters and good curtains to our windows to help insulate us from the harshest weather but it’s lovely to have the luxury of air conditioning when we need it now. 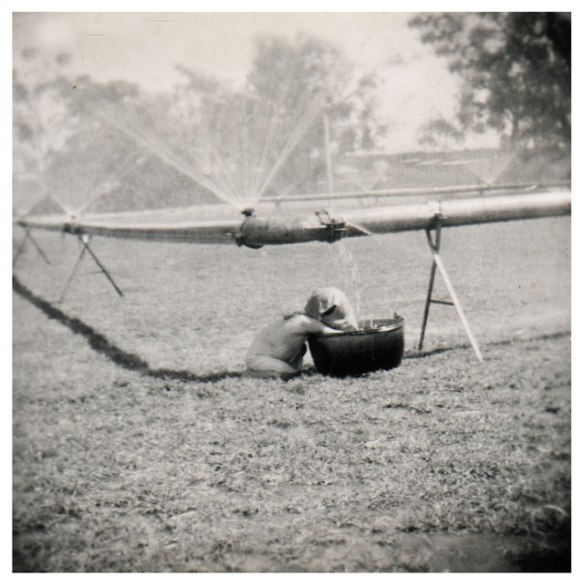 Holiday in the sun?

4 thoughts on “What Did We Do Before – Air Conditioners?”